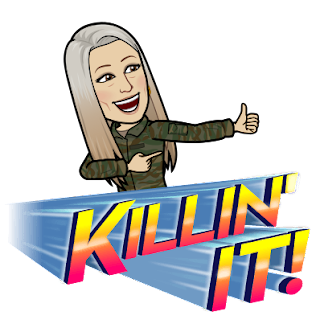 Throughout my life, I’ve met some very notable people. Specifically, two who’ve overcome obstacles that the devil used to try and harm them, but because God had a different plan, they overcame their adversity.

My first superhero was a young woman I met through a crisis pregnancy center where I worked as a counselor. She came in for help after giving birth to her son. She was raped, got pregnant, and instead of getting an abortion, she chose to spare his life and raise him. Being a single mother, she had to work twice as hard, but she got a good job, raised a healthy, happy boy, and last year she purchased her own home. There’s more to this story, but she overcame many hardships and is now thriving.

My next superhero is another young woman; I don’t know her whole story, but she got mixed up in illegal drugs and had her four children taken away. She was determined to get off drugs and get them back. It took her a bit of time, but she worked diligently through the system, got a car, a good job, and a home. After testing clean for a significant amount of time, she got her children back and is raising them alone. I’ve watched her knock down one goal after another. She is tenacious and unrelenting. Her struggles are real, but she’s making it.

The devil still tries to throw them a punch now and then, but he didn’t win! I’ve overcome a few obstacles myself, we all have, but what the enemy intended for evil, God used for good. Praise him today for all the adversity you’ve come against and won!

As for you, you meant evil against me, but God meant it for good, to bring it about that many people should be kept alive, as they are today. Genesis 50:20

Posted by Teresa Gonzalez at 5:57 AM