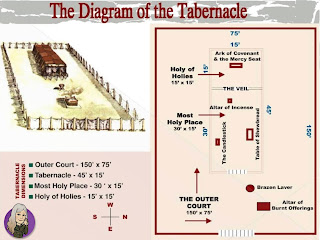 Tonight at dark begins The Day of Atonement. It is considered the holiest of all the Jewish holidays. Before Jesus, a priest would do the ritual prescribed by God to cleanse the people of their sins which would last until the following year. Some believe that the evening before Jesus was sacrificed was a living picture of Jesus entering the Holy of Holies, similar to the priest's ritual. First by bringing the disciples with him to Gethsemane, like they were in the outer courtyard, then taking only Peter and the sons of Zebedee, like entering the Tent of Meetings, where only the priest are allowed, then going a little further by himself where he prayed and spoke to God as if he were entering the Holy of Holies like only the High priest was allowed. If you think about all the steps he took up to his crucifixion, they coincide with what happens on The Day of Atonement. Everything is perfectly synchronized in a well-laid-out plan, as only God can orchestrate.

I know that most of us were not raised to commemorate the feasts of God and have no idea of the rituals involved or the way they were performed, but we can do our best to acknowledge them and appreciate what Jesus did for us. Take some time today and tomorrow to meditate on the sacrifice Jesus made to atone for all of our sins.

But when Christ appeared as a high priest of the good things that have come, then through the greater and more perfect tent (not made with hands, that is, not of this creation) he entered once for all into the holy places, not by means of the blood of goats and calves but by means of his own blood, thus securing an eternal redemption. Hebrews 9:11-12

Posted by Teresa Gonzalez at 6:18 AM