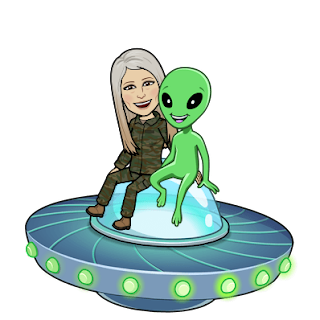 How can I get you to think beyond your current realm? Our time on this earth is temporary, meaning there is much more to life than what we see, and we WILL see it in one form or another. If you believe the Bible, then you know that there are beings not of this earth. For instance, the angels; are heavenly beings, and they manifest physically on occasion. The demons are just fallen angels, and they are here with us. Not only are there angels, but the Bible mentions others. Do you remember reading about the Nephilim? According to Moses, they were gigantic, and they procreated with earthly women to create the Anakim. The Anakim were the people that kept the Israelites from moving into the promised land for forty years because they were afraid of them. God told the Israelites to kill off everyone in the land, but they failed at that assignment and have paid the price ever since. So, does that mean the Anakim are still alive today? Your guess is as good as mine, but doesn’t that pique your curiosity? Don’t you think the God of all creation can create whatever type of celestial being he chooses to? Dig into this yourself; it’s pretty interesting.

Look up these words in your Bible: Anakim, Anakites, Anak, Nephilim

The Nephilim were on the earth in those days, and also afterward, when the sons of God came in to the daughters of man and they bore children to them. These were the mighty men who were of old, the men of renown. Genesis 6:4

Posted by Teresa Gonzalez at 5:40 AM