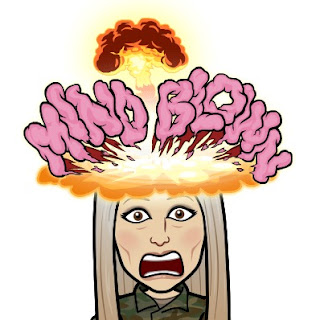 Back in Paul’s day when he first went to Ephesus, the way of the LORD threatened to shut down the businesses of the silversmiths who made statues of the shrines of Artemis. When the people heard about Jesus, they began to rid themselves of their former way of life, including the worship of inanimate objects. Essentially, Jesus was going to take money right out of their pockets. The businesses banded together and caused rioting in the streets! Do you notice a pattern? The devil uses the same tricks throughout the ages. Why is it that we don’t blame him for most of our turmoil? When he finds his way into the minds of simpletons, he can use them for his purpose, and they wreak havoc on everyone around them.

When things are going well for the devil, such as it is right now, he fades into the background to continue with his business. Before this new administration took over, we saw all kinds of evil on full display. Why? Because the former president was stirring the pot and doing his best to rid this world of all the vile practices instituted by Satan. Now, even those who hated our former president can see the truth, and many are regretful of their decision to install the current president.

When we choose Jesus as our King, Satanic people riot; when people choose Satan as king, satanic people are quiet. That’s what we have now. I prefer to tick people off and have Jesus in charge. And another point, the madness is all about money!

And there is danger not only that this trade of ours may come into disrepute but also that the temple of the great goddess Artemis may be counted as nothing, and that she may even be deposed from her magnificence, she whom all Asia and the world worship.” When they heard this they were enraged and were crying out, “Great is Artemis of the Ephesians!” Acts 19:27-28

Posted by Teresa Gonzalez at 4:16 AM