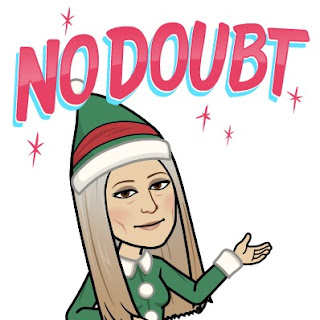 I try to be sensitive to issues in my life that might be subliminal messages from God. Over the past two weeks, I have suffered three different gashes in my fingertips. The first was a burn from a hot glue gun; the second happened on Thanksgiving day where I nearly cut off the end, and the third was just yesterday where I sliced my finger with the food processor blade. It didn’t hit me until last night that I had three issues going on with my fingertips; they all still hurt. What is God trying to bring to my attention? I found the answer, and it fits for the time.

So the other disciples told him, “We have seen the Lord.” But he said to them, “Unless I see in his hands the mark of the nails, and place my finger into the mark of the nails, and place my hand into his side, I will never believe.”  Eight days later, his disciples were inside again, and Thomas was with them. Although the doors were locked, Jesus came and stood among them and said, “Peace be with you.” Then he said to Thomas, “Put your finger here, and see my hands; and put out your hand, and place it in my side. Do not disbelieve, but believe.” John 20:25-27

The answer to our questions about what is going on is right here in scripture. In my post yesterday about me questioning God, he didn’t dismiss my concerns. He knew my question was coming because my fingertip issue started two weeks ago! How good is God for answering me, even though my questioning was pointing my finger at him? Was the pain worth it? YES! Anytime we hear God’s voice, and it brings clarity, whatever we had to go through to get there, is worth it.

Many times he has me go through such as this because he knows I’ll bring a message to his followers. Through these scriptures, he is saying, “Peace be with you... Do not disbelieve, but believe.” Let’s not be doubting Thomas just because we can’t see God moving.

Posted by Teresa Gonzalez at 5:15 AM