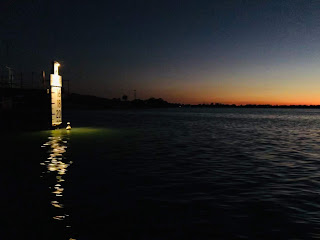 Our Savior is preparing for His return, and some are living as if they have all the time in the world. I had a dream about being a part of a wedding party where thousands of people were coming for an unknown couple. There were only two of us trying to get people in their places. The groom took his place on the stage, but the people were not ready. He waited a while, but it was taking so long that he left. There are people in the church that are good disciples, and there are those who think they are. Examine yourself and your actions, and determine if you need to make some changes. Don’t be like the five virgins who were locked out of the wedding and have Jesus say, “truly I say to you, I do not know you.” It will be your own fault if you’re not prepared. Get over yourself! Be ready for Him! True belief, adoration, and love for Him are great places to start.

And while they were going to buy, the bridegroom came, and those who were ready went in with him to the marriage feast, and the door was shut. Afterward the other virgins came also, saying, ‘Lord, lord, open to us.’ But he answered, ‘Truly, I say to you, I do not know you.’ Watch therefore, for you know neither the day nor the hour. Matthew 25:10-13
Posted by Teresa Gonzalez at 5:47 AM