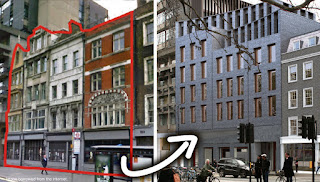 There is a term in real estate that describes an outdated, useless building that is no longer desired, and cannot be easily changed; the term is “functional obsolescence.” This is especially true if it is a commercial building that the public will make use of, and it is not up to code. In many cases, these buildings are torn down and a new building is built, but the  new plans are drawn to make it more useful in this day and age, and to meet the current code. If a builder comes along and tears down that building and then decides to rebuild the same exact building, he has accomplished nothing. However, if he changes the plans to accommodate the new building code, it will then function properly and will be more useful and desirable.

This same term could be used to describe the Law of Moses. Even though God is the one who handed down that law, He also made that law obsolete when He sent His son Jesus to die for our sin; it was a sin because of the law and it was impossible to adhere to that law perfectly. Jesus tore down the old law and replaced it with the law of grace. A new believer tears down his old building, but shouldn’t replace it with the same building, but a new and improved building with Jesus as the foundation and the chief cornerstone.

It’s okay to follow the law of Moses as long as it doesn’t hinder your freedom in Christ, but if it steps on the truth of the gospel, it should be refused.

For if I rebuild what I tore down, I prove myself to be a transgressor. For through the law I died to the law, so that I might live to God. I have been crucified with Christ. It is no longer I who live, but Christ who lives in me. And the life I now live in the flesh I live by faith in the Son of God, who loved me and gave himself for me. I do not nullify the grace of God, for if righteousness were through the law, then Christ died for no purpose. Galatians 2:18-21
Posted by Teresa Gonzalez at 5:42 AM