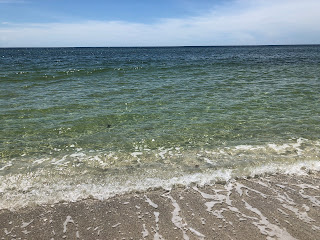 I’m in the lobby of a busy hotel that serves breakfast, so finding a quiet place to write might be impossible. There is the hustle and bustle of people going about their business, people are eating, and a hotel employee preparing the food in a rather noisy manner. Through all of this, God is still in it. He is among us, the very breath we breathe is His. You can’t hide from Him, he knows where you are, and sees all you do. Could it be that this is why there is such fear in people who know they are doing wrong? When someone lashes out against a segment of people, namely Christians, whom they feel are judging them, is it because of their own feelings of guilt? Though we may not be engaged in what they are doing, or thinking about them, their constant whining and presence in the media, keep them in the forefront of our minds, and remind us of the depravity of this world. Deep in their hearts, though they say they don’t believe in God, there is something within them that makes them feel guilty for their actions. I think it’s God’s presence that is stirring them up, and because they can’t see Him, they lash out at the people who know Him. Hold onto your belief, Jesus is coming soon.

Indeed, all who desire to live a godly life in Christ Jesus will be persecuted, while evil people and impostors will go on from bad to worse, deceiving and being deceived. 2 Timothy 3:12
Posted by Teresa Gonzalez at 5:21 AM