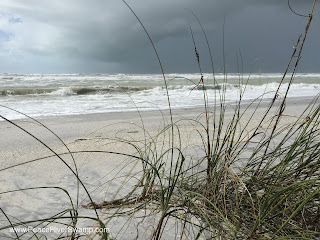 We never want to be used by the enemy to attack another Christian, that’s why God gave us guidelines for handling our disputes. At no point does His word say we should publicly expose what we consider sin. Look at the story of the women accused of adultery; the Pharisees brought her to Jesus, trying to find a reason to charge Him. They wanted to catch Him disobeying the Law. He knelt down and began to write in the sand, He stood up and said, “Let him who is without sin among you be the first to throw a stone at her.” He bent down again and one by one they walked away.

Too many times we relentlessly tear one another apart and publicly expose them to the scrutiny of bystanders who have nothing to do with the situation. I stood by and watched as this happened to my very dear friend. It was a vicious verbal public beating by people who once called her a friend. She was tried and punished, and not once did she speak out in her defense. My heart was broken. God gave her strength to endure. Good will come from this because He never lets the enemy have the final say.

Follow the Lord’s guidelines when situations seem wrong. Take your concerns directly to that person and try to resolve the dispute one on one. If that doesn’t work, you take someone with you. If there is still no resolution, you can take it before your church. If these guidelines had been followed in my friend's case, it could have been resolved without ever being exposed. Be careful out there, we have enough trouble with non-believers, we shouldn’t torment our own.

And as they continued to ask him, he stood up and said to them, “Let him who is without sin among you be the first to throw a stone at her.” John 8:7

“If your brother sins against you, go and tell him his fault, between you and him alone. If he listens to you, you have gained your brother. But if he does not listen, take one or two others along with you, that every charge may be established by the evidence of two or three witnesses. If he refuses to listen to them, tell it to the church. And if he refuses to listen even to the church, let him be to you as a Gentile and a tax collector. Matthew 18:15-17
Posted by Teresa Gonzalez at 5:44 AM