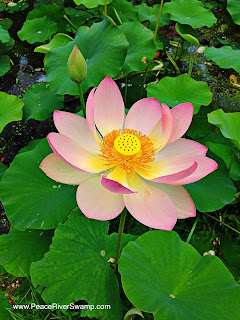 Sometimes it’s necessary to dig a little deeper into the teachings of the Bible. The Holy Spirit is my guide and occasionally He directs me to get clarity by looking into a commentary. My favorite is Matthew Henry, who wrote during the 1600’s. The historical background he gives sheds light on things that I might have missed if I hadn’t looked into it a little further. That being said, here is his comment on leprosy:

“Because the leprosy was looked upon, among the Jews, as a particular mark of God's displeasure....Because this disease, as it was supposed to come immediately from the hand of God, so also it was supposed to be removed immediately by his hand, and therefore it was not attempted to be cured by physicians, but was put under the inspection of the priests, the Lord's ministers, who waited to see what God would do.”

Then our radical Savior came along and healed those who believed in Him! Then sent them to the priest. He had cleansed them from their sin, which only God can do! This was proof to the Jews that He was who He said He was. He came to do what no other man could do - save us from ourselves! What an awesome God we serve and what a precious Savior to cleanse us of our sins!

And behold, a leper came to him and knelt before him, saying, "Lord, if you will, you can make me clean." And Jesus stretched out his hand and touched him, saying, "I will; be clean." And immediately his leprosy was cleansed. Matthew 8:2-3
Posted by Teresa Gonzalez at 5:05 AM