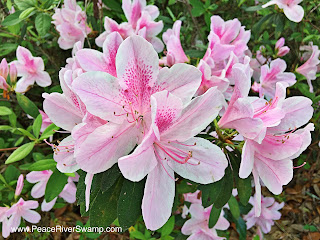 As I neared the completion of my new garden, and was digging one of the last few holes, I hit a snag. The soil was soft, except where I ran into debris and roots, so the digging was pretty easy. I was being so careful too. Then suddenly I hit a gusher! I had barely nicked the surface of an irrigation pipe and it blew! I was drenched in water. Thankfully, I knew where the shut off valve was and I quickly stopped it. Isn’t that just like God? You’re just going along, minding your own business, doing the labor God called you to do, then suddenly there’s an outpouring of the Holy Spirit! Then to top it off, the guy I called to make the repair says “this looks like the Garden of Eden!” Well, he’s never seen the Garden of Eden, but I think that was a huge compliment, and a Biblical comparison at that! The point is for you to keep doing what you’re doing. Live your life in the manner that is pleasing to God, and keep telling others about Jesus. Eventually you will see the fruit of your labor.

so as to walk in a manner worthy of the Lord, fully pleasing to him, bearing fruit in every good work and increasing in the knowledge of God. Colossians 1:10
Posted by Teresa Gonzalez at 5:54 AM