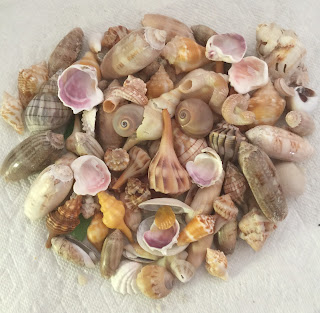 Are there things that you've been praying about for years and it seems like God can't hear you? I know that I have! I feel like I have enough faith to move a mountain, but for some reason, that mountain won't move! I'm not sure why some of my prayers haven't been answered. It's probably because other humans are involved and they've been given a free will just like me! The disciples ran into a problem with a demon possessed child who had seizures that would sometimes throw him into fire or water. The people involved came to Jesus not understanding why he wasn't healed. He told them that if they had faith as small as a mustard seed, that he could be healed. So why then aren't our prayers for another human answered? It takes faith and relentless prayer. It takes ridding yourself of all unbelief! We need to believe, that Jesus can answer our prayers, with the same amount of faith it takes to believe that He has saved us for an eternity.

He said to them, "Because of your little faith. For truly, I say to you, if you have faith like a grain of mustard seed, you will say to this mountain, 'Move from here to there,' and it will move, and nothing will be impossible for you." Matthew 17:20
Posted by Teresa Gonzalez at 5:39 AM