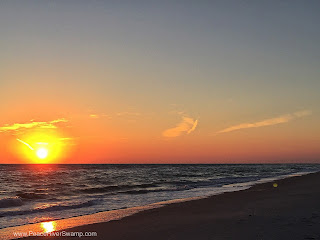 Sometimes God sends us into a new land. When He sent the Israelites in to conquer Canaan, he commanded them to listen to His angel's voice and to do everything He says. He promised that He would be an enemy of their enemy and drive out the inhabitants of the land little by little so the beasts wouldn't have time to accumulate and overtake them. There were a lot of things for them to overcome, but God was with them and would help them. He warned them not to bow down to their gods as they would become a snare for them to sin. Each of us has our own land to conquer. We have the power of Jesus, the commander of the army of God battling for us as we move forward. Little by little we will make progress toward our goal, but not by our own strength. We have no strength in our mortal beings. Remember to decrease so Jesus may increase! It's the easiest, and the best way to win! Fight the good fight and win with Jesus!

"But if you carefully obey his voice and do all that I say, then I will be an enemy to your enemies and an adversary to your adversaries. Exodus 23:22
Posted by Teresa Gonzalez at 5:24 AM